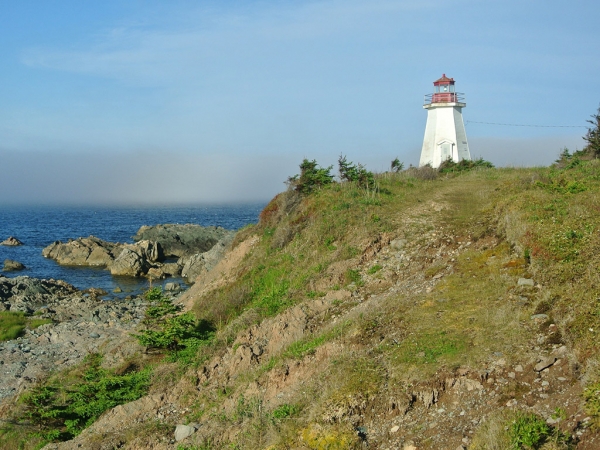 For our first destination together, this month I will take you to my home in Canada; a small province located on the eastern coast of Canada called Nova Scotia. It is one of the four Atlantic provinces of Canada and has a population of nearly one million people. It includes over 3,800 coastal islands in addition to its mainland. Its capital is Halifax, which is one of Canada’s most important seaports. The province contains  5,400 lakes-many people go fishing and swimming in the summer and skating and cross-country skiing in the winter on these lakes. 92% of the population of Nova Scotia speak English and approximately 3% speak French.

The best time to visit Nova Scotia is in the summer months-from June to mid-August.  The temperatures can reach a high of 30° C in the summer but can go below 20°C in the winter. There are many trails around the province to visit; one of the most beautiful is the Cabot Trail which is a 300 kilometre highway around the coast of Cape Breton, which is an island off of Nova Scotia. The natural beauty of the highlands of Cape Breton provide the perfect place for outdoor activities such as golfing, kayaking, hiking, cycling and whale watching.  When in Nova Scotia, don’t forget to eat our blueberry pancakes with maple syrup and try our lobster rolls. Seafood is our specialty.